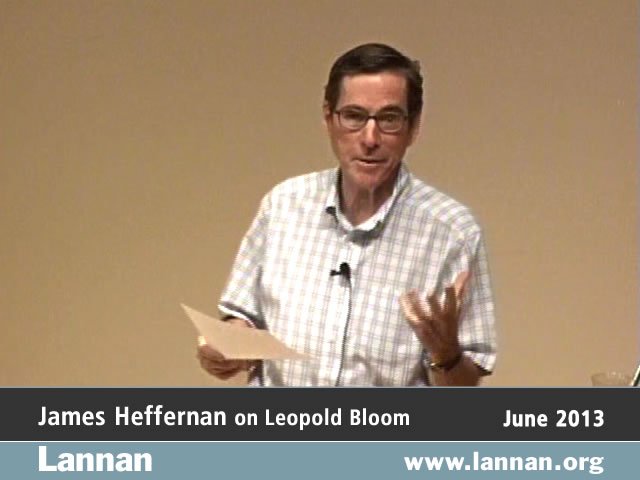 A Lecture in Celebration of Bloomsday Presented by James Heffernan. Bloomsday is a commemoration and celebration of the life of the Irish writer James Joyce during which the events of his novel Ulysses (which is set on 16 June 1904) are relived. It is observed annually on 16 June in Dublin and many cities around the world. Professor Heffernan will give an in-depth talk on Leopold Bloom, the hero of James Joyce’s celebrated novel Ulysses, to commemorate Bloomsday in Santa Fe.

James Heffernan, Professor Emeritus from Dartmouth College, has written extensively on James Joyce, particularly his Ulysses. For the Teaching Company he has taped 24 lectures on Ulysses and another 24 on great authors from Wordsworth to Camus. His addiction to political news periodically drives him to blog for The Huffington Post where he advocated Stephen Colbert for Pope in January and again in February 2013.

You may learn more about this event on the Lannan website; you may also view video recording of this event there.