Recorded at the Lensic Theater in Santa Fe, New Mexico on February 3, 2016. 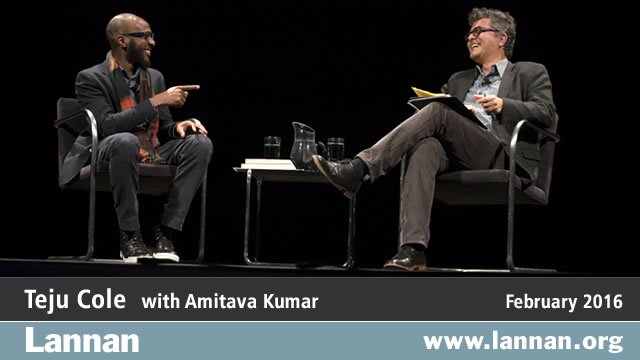 Teju Cole, writer, art historian, photographer and photography critic of The New York Times Magazine, is the author of the novella Every Day is for the Thief, named a book of the year by The New York Times. Of his novel Open City, Time Magazine said, “A powerful and unnerving inquiry into the human soul. Cole has earned flattering comparisons to literary heavyweights like J.M. Coetzee, W.G. Sebald and Henry James, but Open City merits higher praise: it’s a profoundly original work, intellectually stimulating and possessing of a style both engaging and seductive.”

Teju Cole has contributed to The New York Times, The New Yorker, the Financial Times, Aperture, The Atlantic, Granta, and several other publications. His photography has been exhibited in India and the US, published in a number of journals, and will be the subject of a solo exhibition in Italy.

Born in the US in 1975 to Nigerian parents, and raised in Nigeria, Cole currently lives in Brooklyn. A recipient of the PEN/Hemingway Award and the 2015 Windham Campbell Prize for Fiction, Teju Cole is the Distinguished Writer in Residence at Bard College and is currently at work on a book-length nonfiction narrative of Lagos, Nigeria.