Recorded at the Lensic Theater in Santa Fe, New Mexico on February 24, 2016. 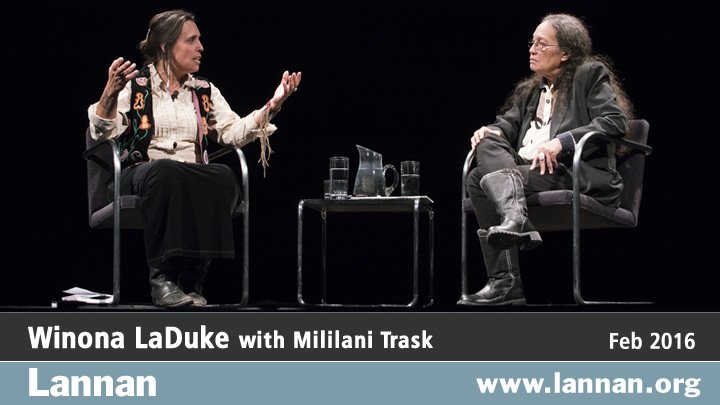 Winona LaDuke is an Anishinaabekwe (Ojibwe) enrolled member of the Mississippi Band of Anishinaabeg. She is an indigenous rights activist, an environmentalist, an economist, and a writer, known for her work on tribal land claims and preservation and for sustainable development. She founded and for 25 years served as executive director of the White Earth Land Recovery Program, and is currently executive director of Honor the Earth, a national Native American foundation. She has served on the boards of the Indigenous Women’s Network and Greenpeace USA, and twice ran as the Green Party’s vice presidential candidate.

LaDuke has written extensively on Native American and environmental issues. Among her books are The Militarization of Indian Country (2011), All Our Relations: Native Struggles for Land and Life, and Recovering the Sacred (both books to be re-issued later this year by Haymarket Books).

LaDuke talked about climate change and climate justice in the indigenous peoples’ communities, followed by a talk with Mililani Trask.

This event was part of the In Pursuit of Cultural Freedom lecture series.