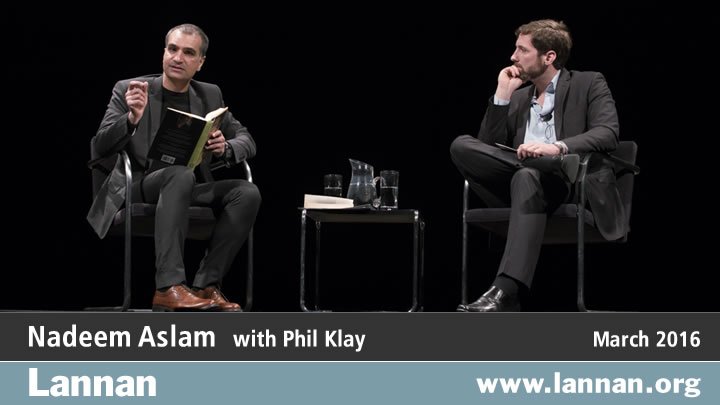 Nadeem Aslam is a British-Pakistani novelist whose works include Maps for Lost Lovers, The Wasted Vigil, and The Blind Man’s Garden, a tale of two brothers whose lives are upended by war post 9/11. Explaining that his fiction is inspired by “anything that distresses me,” Aslam’s The Wasted Vigil was fed by his conversations with more than 200 Afghan refugees in Britain as well as his travels in Afghanistan.

Aslam’s 2004 novel, Maps for Lost Lovers, tells the story of migrants from Pakistan who live in a cold and unwelcoming English town they have renamed Dasht-e-Tanhaii, meaning the Desert of Loneliness. Marred by racism and violence, Aslam has explained it is not unlike the Northern English town he moved to at the age of 14 where, “we were experiencing low-level September 11s every day.” Through his family, “I learned about political commitment and the life of the mind, and that an artist is never poor.” Nadeem Aslam is the recipient of the Kiriyama Prize, awarded for books about the Pacific Rim and South Asia, as well as a 2005 Lannan Literary Fellowship for Fiction.