Recorded at the Lensic Theater in Santa Fe, New Mexico on April 6, 2016. 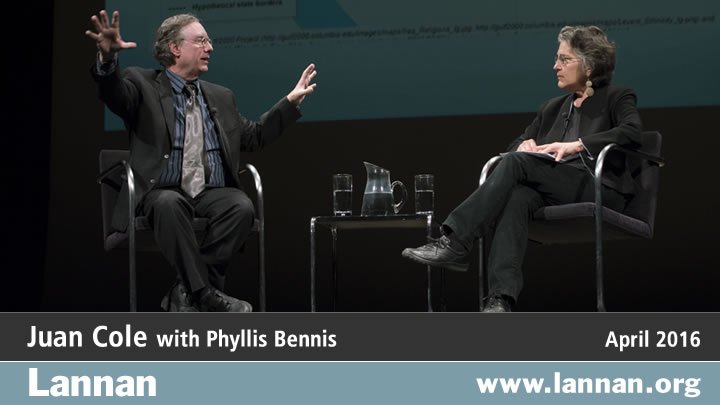 Juan Cole is a Middle East scholar, distinguished academic, and commentator who has, for three and a half decades, sought to put the complex relationship between the West and the Muslim world in historical context. He has written extensively on modern Islamic movements in Egypt, the Persian Gulf and South Asia and is the author of Engaging the Muslim World and, most recently, The New Arabs: How the Millennial Generation is Changing the Middle East. He has regular columns at The Nation and Truthdig, and blogs on Informed Comment at Juancole.com.

He holds a B.A. in history and literature of religions from Northwestern University, a master’s degree in Arabic studies/history from American University in Cairo and a Ph.D. in Islamic studies from the University of California, Los Angeles. He is currently the Richard P. Mitchell Collegiate Professor of History at the University of Michigan, where he also serves as director for the Center of South Asian Studies and the Center for Middle Eastern and North African Studies.

Cole talked about the Middle East, highlighting ISIS and recent developments in the region, followed by a conversation with Phyllis Bennis.

This event was part of the In Pursuit of Cultural Freedom lecture series.