Recorded at the Lensic Theater in Santa Fe, New Mexico on October 5, 2016. 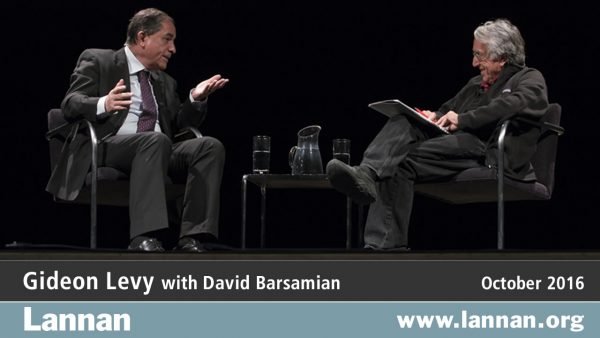 Gideon Levy, who was born and resides in Tel Aviv, Israel, is a columnist and member of the editorial board at Haaretz daily newspaper, where he has covered the Israeli occupation of the West Bank and Gaza for the last 25 years. The author of The Punishment of Gaza, he has received several peace and freedom awards for his work. In 2015 Levy and Palestinian pastor Mitri Raheb were awarded The 2015 Olof Palme Prize “for their courageous and indefatigable fight against occupation and violence, and for a future Middle East characterized by peaceful coexistence and equality for all.”