Recorded at the Lensic Theater in Santa Fe, New Mexico on January 18, 2017. 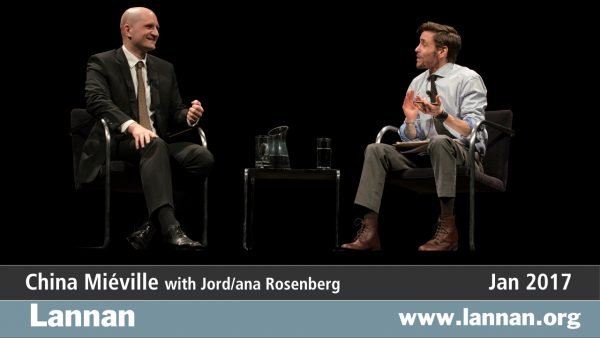 China Miéville is a British American writer whose fiction has been compared to the work of Franz Kafka, Ursula Le Guin, and Philip K. Dick. He is a three-time winner of the prestigious Arthur C. Clarke Award for The City & The City, Perdido Street Station, and Iron Council. He has won the World Fantasy Award and twice won the British Fantasy Award. National Public Radio describes him thus: “China Miéville is a magician. He’s the Keyser Soze of the New Weird because you never know who he’s going to be. He can do noir, do steampunk, do aliens, and magic caterpillars. He’s a shape-shifter.” Miéville earned a master’s degree and a PhD in international relations from the London School of Economics and held a Frank Knox Fellowship at Harvard University. His academic writings have appeared widely, and he has published numerous works of nonfiction, including Between Equal Rights: A Marxist Theory of International Law (2006), a book version of his PhD thesis. In 2015 he released the short story collection Three Moments of an Explosion, and the following year he published the novellas The Last Days of New Paris and This Census-Taker. He lives and works in London and is a founding editor of the journal Salvage.