Recorded at the Lensic Theater in Santa Fe, New Mexico on March 8, 2017. 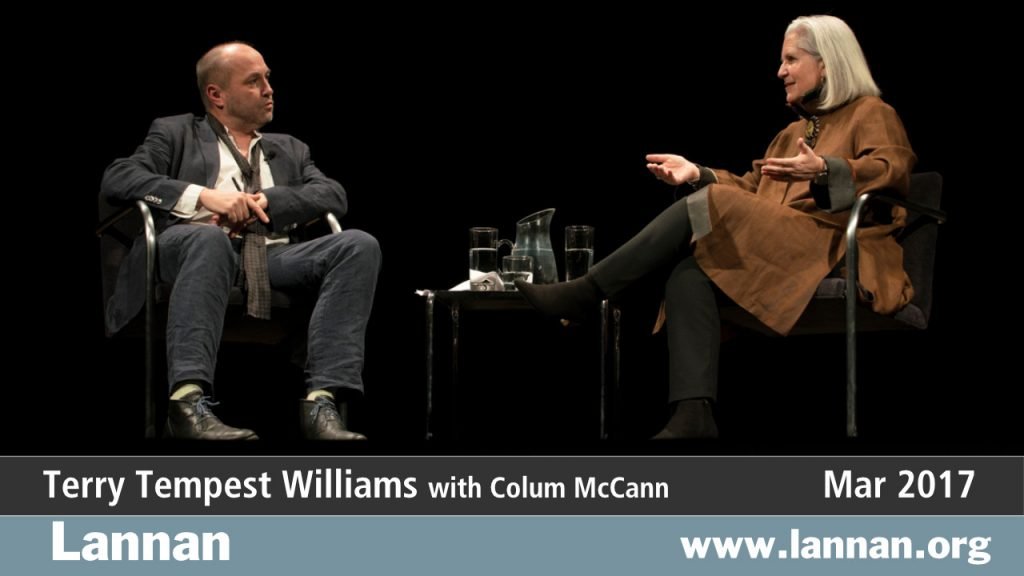 Terry Tempest Williams is an award-winning author, environmentalist, and activist who writes about the intersection of environmental and social justice. A naturalist and fierce advocate for freedom of speech, she is known for her impassioned and lyrical prose. She is the author of the environmental literature classics, Refuge: An Unnatural History of Family and Place; An Unspoken Hunger: Stories from the Field; Desert Quartet; Leap; Red: Patience and Passion in the Desert; The Open Space of Democracy; and Finding Beauty in a Broken World. Her writing has appeared in The New Yorker, The New York Times, Orion Magazine, and numerous anthologies worldwide as a crucial voice for ecological consciousness and social change.

Her newest book is The Hour of Land: A Personal Topography of America’s National Parks, released this year to coincide with the centennial of the National Park Service.

In this episode, Terry Tempest Williams talked about her work, then joined in conversation with Colum McCann.