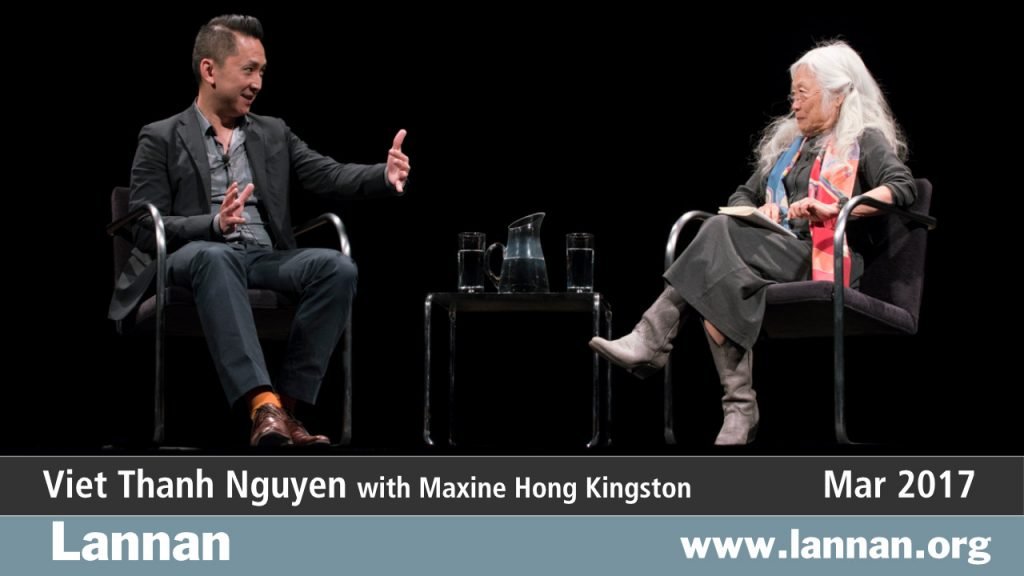 Viet Thanh Nguyen‘s debut novel is The Sympathizer, winner of the 2016 Pulitzer Prize for Fiction. It is a spy novel set during and just after the war in Vietnam, told in the form of a forced confession by a spy for the communist-held North. The New York Times said of the book, “The great achievement of The Sympathizer is that it gives the Vietnamese a voice and demands that we pay attention. Until now, it’s been largely a one-sided conversation.” Nguyen’s other books are Nothing Ever Dies: Vietnam and the Memory of War and Race and Resistance: Literature and Politics in Asian America. His honors include the Edgar Award for Best First Novel from the Mystery Writers of America, the Andrew Carnegie Medal for Excellence in Fiction from the American Library Association, the First Novel Prize from the Center for Fiction, a Gold Medal in First Fiction from the California Book Awards, and the Asian/Pacific American Literature Award from the Asian/Pacific American Librarian Association. He is the Aerol Arnold Professor of English and an associate professor of American studies and ethnicity at the University of Southern California. Nguyen is currently at work on a short story collection, forthcoming from Grove Press.

In this episode, Viet Thanh Nguyen, introduced by Maxine Hong Kingston, read from his work then joined Ms. Kingston in conversation.