Recorded at the Lensic Theater in Santa Fe, New Mexico on May 3, 2017. 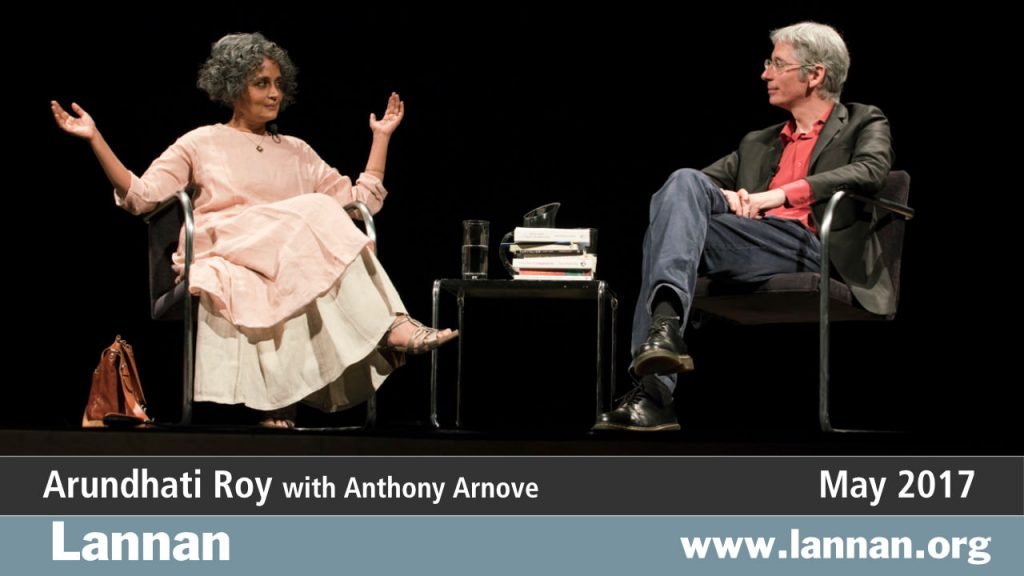 Arundhati Roy is an Indian author, actor, and political activist. She is well-known for her book The God of Small Things, for which she received the 1997 Booker Prize, and for her outspoken advocacy of environmental and human rights causes, which has often placed her at odds with Indian legal authorities and her country’s middle-class establishment.

She is the author of An Ordinary Person’s Guide to Empire; Field Notes on Democracy: Listening to Grasshoppers; Capitalism: A Ghost Story; The End of Imagination (new edition);Things That Can and Cannot Be Said (with John Cusack); and The Doctor and the Saint: Caste, Race, and Annihilation of Caste, the Debate Between B.R. Ambedkar and M.K. Gandhi.  A new novel, The Ministry of Utmost Happiness, is forthcoming in June 2017.

Roy is the recipient of the 2002 Lannan Cultural Freedom Prize.

You may learn more about this event on the Lannan website; you may also listen to the audio recording of this event there (to be posted soon). Photos from this event are available on Flickr.