Recorded at the Lannan Garden Theater in Santa Fe, New Mexico on August 13, 2017. 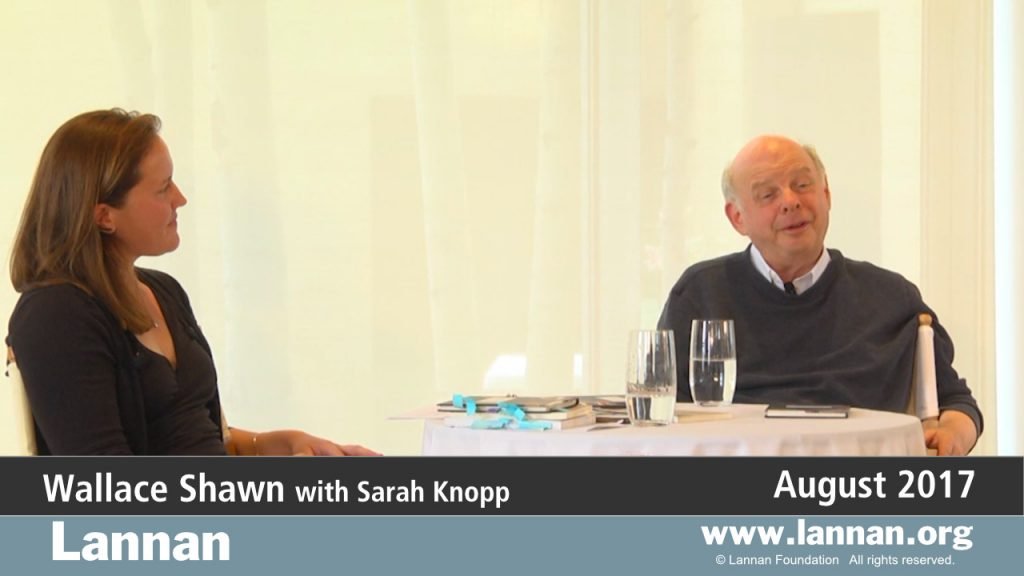 Wallace Shawn, playwright, actor, screenwriter, and essayist has said, “I don’t know about you, but I only have one life, and I don’t want to spend it in a sewer of injustice.” Best known for his roles in My Dinner with André and as Vizzini in The Princess Bride, Shawn also has had an illustrious career in theater, both as an actor and writer. His plays include Grasses of a Thousand Colors, The Fever, and The Designated Mourner, described by The Times (London) as “…highly unconventional, much concerned with matters of politics, culture and human significance.”

Shawn has written on subjects such as war, money, sex, and aesthetics. His newest book-length essay, Night Thoughts (Haymarket Books 2017) is an examination of how justice-minded people might use the tools of civilization against its excesses.  In his 2006 book, Essays, he says, “somehow poetry and the search for a more just order on earth are not contradictory, and rational thought and dreams are not contradictory, and there may be something necessary as well as ridiculous in the odd activities of racing back and forth on the bridge between reality and the world of dreams.”

This was a private In Pursuit of Cultural Freedom event.

In this episode, Wallace Shawn read from his works and joined Sarah Knopp in conversation.

You may learn more about this event on the Lannan website; you may also watch the video recording of this event there.