Recorded at the Lensic Theater in Santa Fe, New Mexico on September 27, 2017. 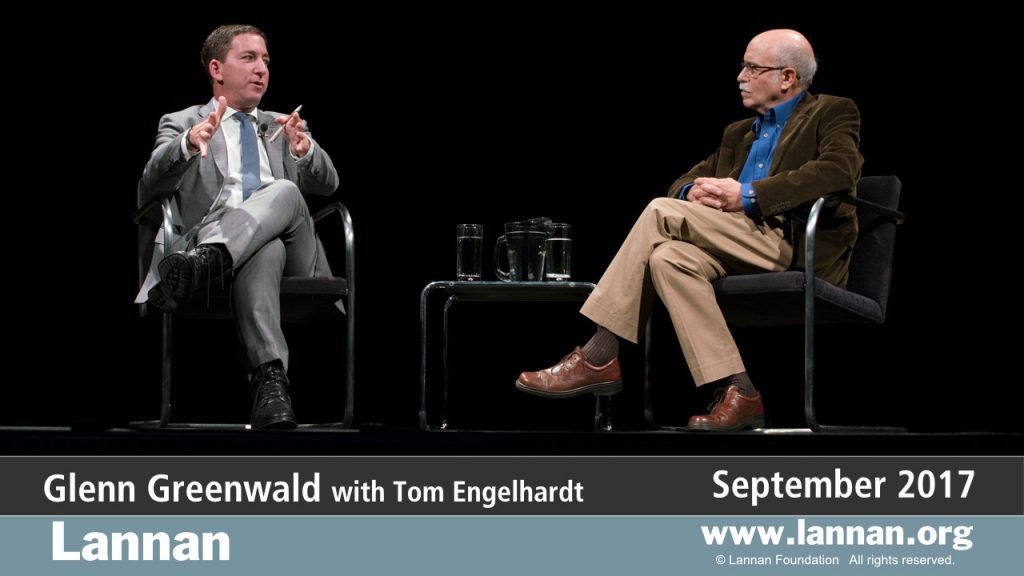 Glenn Greenwald is an investigative journalist and author. A former constitutional lawyer, he founded the online global media outlet The Intercept with Laura Poitras and Jeremy Scahill in 2014. He is the author of several best sellers, among them, How Would a Patriot Act?; With Liberty and Justice for Some: How the Law is Used to Destroy Equality and Protect the Powerful and the recent No Place to Hide: Edward Snowden, the NSA, and the US Surveillance State.

Greenwald has received numerous awards for his investigative journalism. In 2009 he was awarded the Izzy Award by the Park Center for Independent Media for his “path breaking journalistic courage and persistence in confronting conventional wisdom, official deception, and controversial issues.” In 2010 he received an Online Journalism Award for his investigative work on the arrest and detention of Chelsea Manning. In 2013 he led The Guardian’s reporting team that covered Edward Snowden and the NSA, which earned the newspaper the 2014 Pulitzer Prize in Public Service. Foreign Policy magazine named him one of the top 100 Global Thinkers for 2013.

Greenwald is the recipient of a Lannan Cultural Freedom Award.

In this episode, Glenn Greenwald talked about his work then joined Tom Engelhardt in conversation. You can also find the videos of the talk and conversation here.