Recorded at the Lensic Theater in Santa Fe, New Mexico on October 11, 2017. 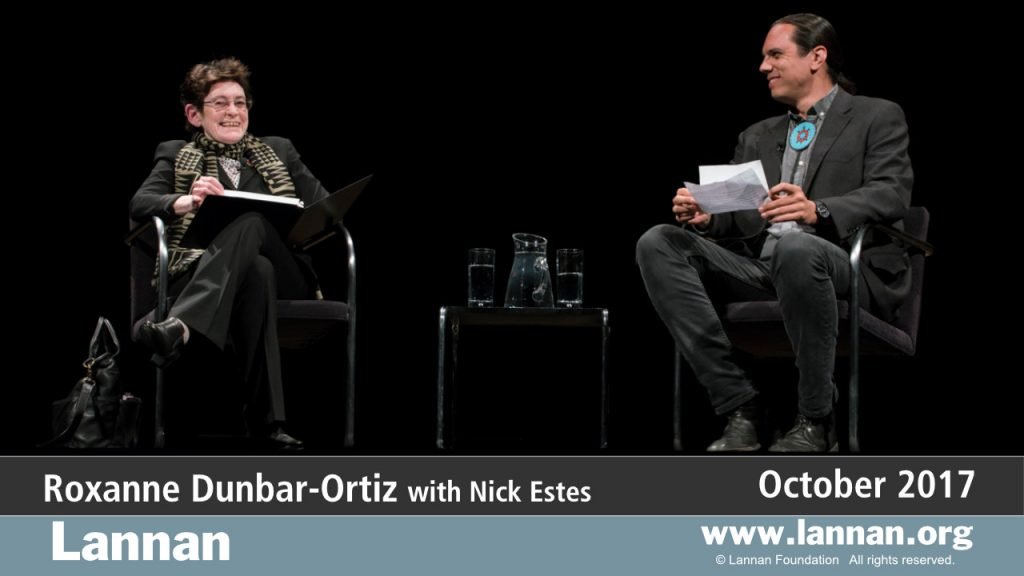 She is the author of numerous books and articles on indigenous peoples’ right to self-determination, including Roots of Resistance: A History of Land Tenure in New Mexico, The Great Sioux Nation, and An Indigenous Peoples’ History of the United States, which received the 2015 American Book Award. A new book, Loaded: A Disarming History of the Second Amendment is forthcoming in January.

In this episode, Roxanne Dunbar-Ortiz talked about her work, then joined Nick Estes in conversation. You can also find the videos of the talk and conversation here.