Recorded at the Lensic Theater in Santa Fe, New Mexico on November 1, 2017. 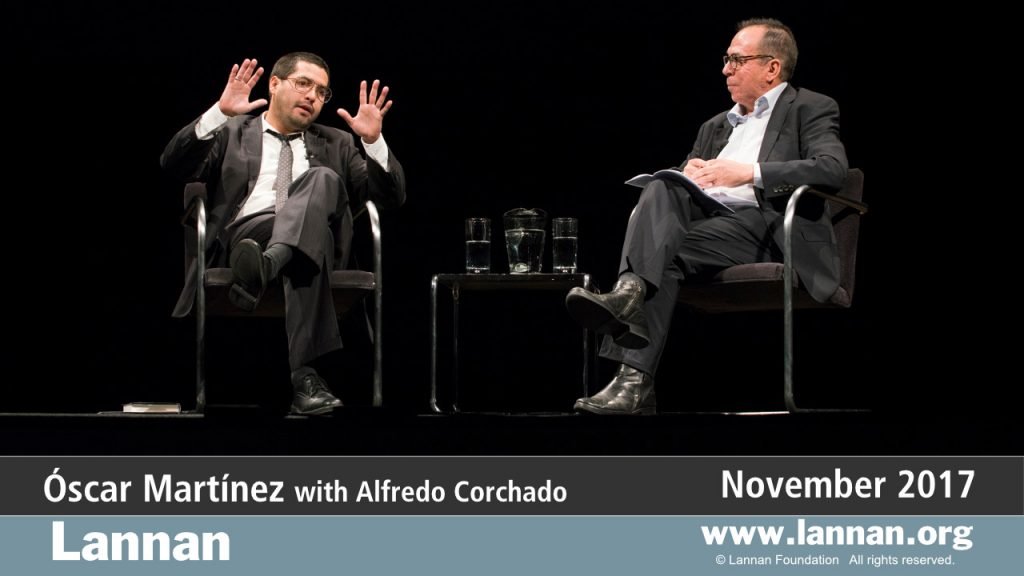 Óscar Martínez is an award-winning Salvadoran investigative journalist and co-founder of elfaro.net, the first online newspaper in Latin America providing in-depth coverage of migration, violence and organized crime in Central America. Martínez has received numerous awards for his journalism. In 2008, he won Mexico’s Fernando Benítez National Journalism Award; in 2009, he was awarded the Human Rights Prize at the José Simeón Cañas Central American University in El Salvador; in 2016 The Committee to Protect Journalists awarded him an International Press Freedom Award. In 2016 he was also awarded the Maria Moors Cabot Prize, which honors journalists for their outstanding coverage of the Americas.

He is the author of The Beast: Riding the Rails and Dodging Narcos on the Migrant Trail (for which he was awarded the WOLA-Duke Book Award in 2014) and the recent A History of Violence: Living and Dying in Central America. A new book, El Niño de Hollywood (forthcoming in 2018), is about a member of the international criminal gang Mara Salvatrucha (also known as MS-13) who was assassinated in El Salvador for cooperating with law enforcement.

In this episode, Óscar Martí­­nez talked about his work, then joined Alfredo Corchado in conversation.

You may learn more about this event on the Lannan website; you may also watch to the video recordings of this event there. Photos from this event are available on Flickr.