Recorded at the Lensic Theater in Santa Fe, New Mexico on November 29, 2017. 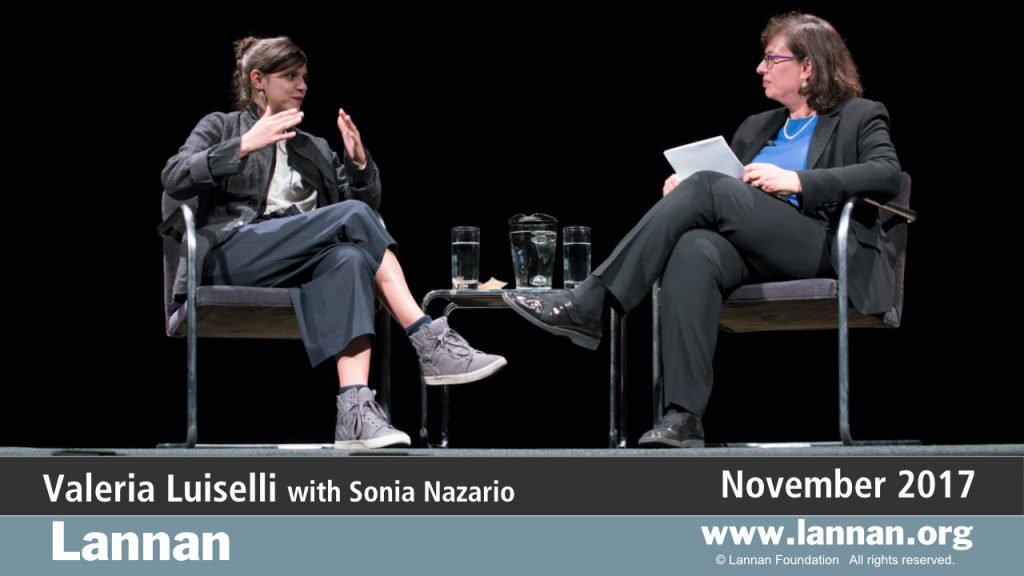 Valeria Luiselli was born in Mexico City in 1983 and has lived in Africa, Asia, Central America, and Europe. She now lives in New York City. Her works have been widely translated and include the novels Faces in the Crowd and The Story of My Teeth, as well as the essay collection Sidewalks, which begins and ends in a cemetery in Venice.

She wrote Tell Me How It Ends: An Essay in 40 Questions after working as a volunteer interpreter for Central American immigrant children detained in the United States. In the book she writes, “Children leave their homes with a coyote. They cross Mexico in the hands of this coyote, riding La Bestia. They try not to fall into the hands of rapists, corrupt policemen, murderous soldiers, and drug gangs who might enslave them in poppy or marijuana fields, if they don’t shoot them in the head and mass-bury them.” Luiselli was named one of the 20 best Mexican writers under age 40 by Mexico’s Arts and Culture Council and is completing a PhD in comparative literature at Columbia University.

In this episode, Valeria Luiselli read from her work, then joined Sonia Nazario in conversation.