Recorded at the Lensic Theater in Santa Fe, New Mexico on January 24, 2018. 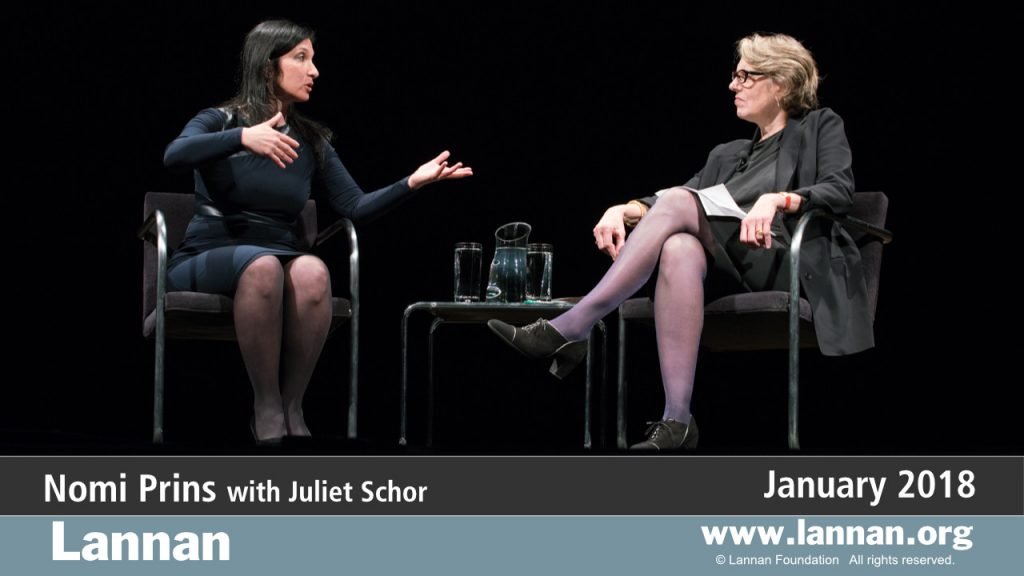 Nomi Prins is a writer, investigative journalist, and public speaker. The author of six books, she is well-known for the exposé It Takes a Pillage: Behind the Bonuses, Bailouts, and Backroom Deals from Washington to Wall Street and All the Presidents’ Bankers, a narrative about the relationships between presidents and key bankers over the past century and their impact on domestic and foreign policy.

Prins worked on Wall Street before becoming a journalist and author. Her writing has appeared in The New York Times, Forbes, The Guardian, The Nation, and other publications, and she is a frequent TV and radio commentator. Governments and policy institutes throughout the world seek her advice on finance and banking.

A new book, Collusion: How Central Bankers Rigged the World, which explores the rise of central bank power and influence in the global financial, economic, and geopolitical hierarchy, is forthcoming in 2018.