Recorded at the Lensic Theater in Santa Fe, New Mexico on January 31, 2018. 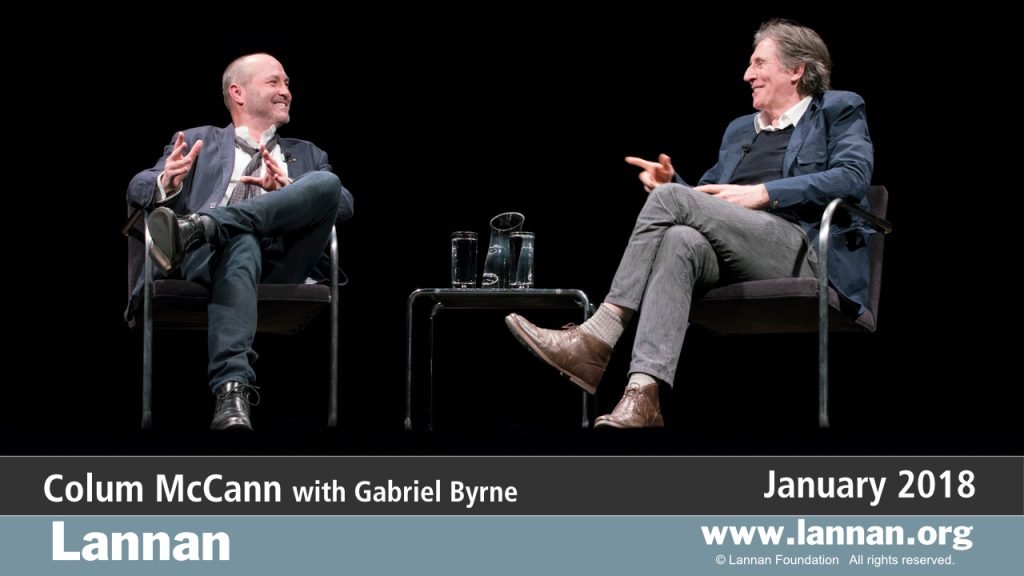 Colum McCann is the author of six novels and three collections of stories, including Let the Great World Spin, TransAtlantic, and Thirteen Ways of Looking. In a 2013 interview the author said, “I believe in the democracy of storytelling. That stories can cross all sorts of borders and boundaries. I don’t know of a greater privilege than being allowed to tell a story or to listen to a story.”

McCann’s books cover a wide range of topics, including The Troubles in Northern Ireland, the life of Russian dancer Rudolf Nureyev, the first attempted nonstop flight across the Atlantic in 1919, New York of the 1970s, and the tightrope walker who crossed the gap between the Twin Towers. Born in Dublin, Ireland, in 1965, McCann crossed the United States on a bicycle in the 1980s, describing the trip as being “simply to expand my lungs emotionally.”

He is the recipient of several honors, among them the National Book Award, the International DUBLIN Literary Award, and designation as a Chevalier des Arts et Lettres. In 2012 McCann cofounded the nonprofit global story-exchange organization Narrative 4, whose mission is to use storytelling to inspire “fearless hope through radical empathy.” McCann lives in New York with his family and teaches creative writing in the MFA program at Hunter College.