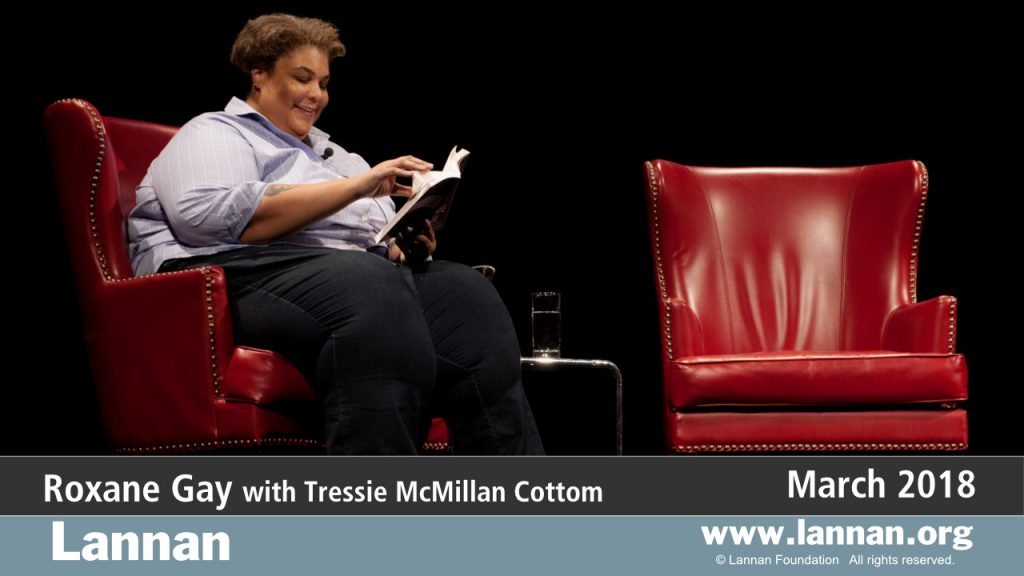 Roxane Gay is an author and cultural critic. Her works include the story collection Difficult Women and Ayiti, a blend of fiction, nonfiction, and poetry interwoven into a tale of the Haitian diaspora. In her essay collection Bad Feminist, she writes, “I never want to be placed on a Feminist Pedestal. People who are placed on pedestals are expected to pose, perfectly. Then they get knocked off…. Consider me already knocked off.”

Gay’s most recent book is Hunger: A Memoir of (My) Body. The New York Times writes, “At its simplest, it’s a memoir about being fat — Gay’s preferred term — in a hostile, fat-phobic world. At its most symphonic, it’s an intellectually rigorous and deeply moving exploration of the ways in which trauma, stories, desire, language and metaphor shape our experiences and construct our reality.”

Gay is the author of the comic series World of Wakanda and is the first African American woman to write for Marvel Comics. She is a contributing opinion writer for the New York Times.