Recorded at the Lensic Theater in Santa Fe, New Mexico on September 26, 2018. 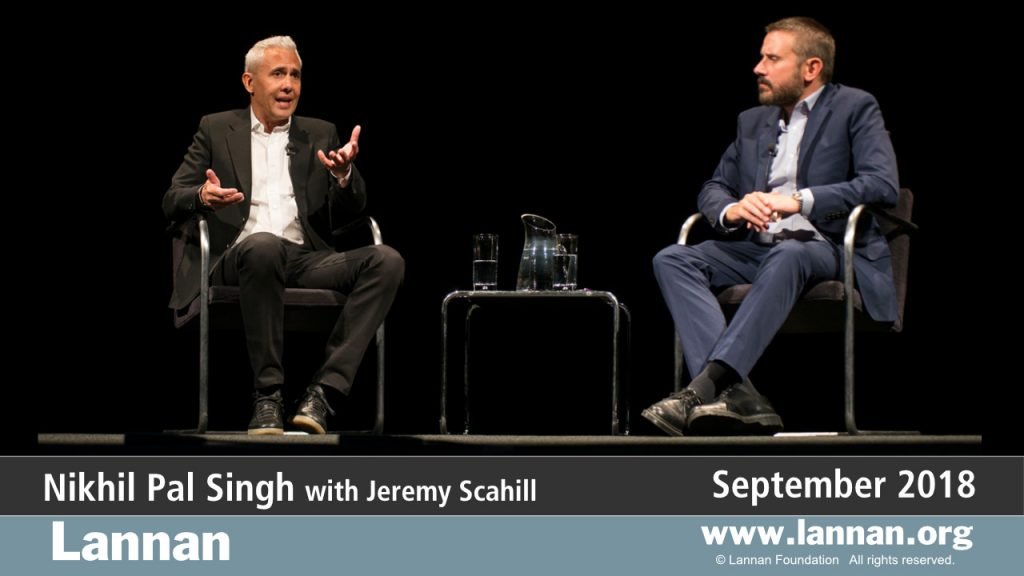 Nikhil Pal Singh is an associate professor of social and cultural analysis and history at New York University and the founding faculty director of the NYU Prison Education Program. He is the author of Race and America’s Long War (2017), in which, historian Robin Kelley argues, “Singh obliterates any myth of American peace, revealing instead that the thread tying America’s past and present is long and continuous war—”hot, vicious, global, and racial.”

Singh’s work helps us understand the historical sweep of racist ideology that brought us to the election of Donald Trump in 2016 and shows the connection between the election and US military defeats abroad. He writes, “Marred by military atrocities, torture scandals, fiscal waste, toxic exposure, popular opposition, and public disgust, the US invasion of Iraq induced a regional death spiral and inspired new terrorist networks of the kind that the war was ostensibly fought to vanquish.”

You may learn more about this event on the Lannan website; you may also watch the videos of this and other events there. Photos from this event are available on Flickr.