Recorded at the Lensic Theater in Santa Fe, New Mexico on October 24, 2018. 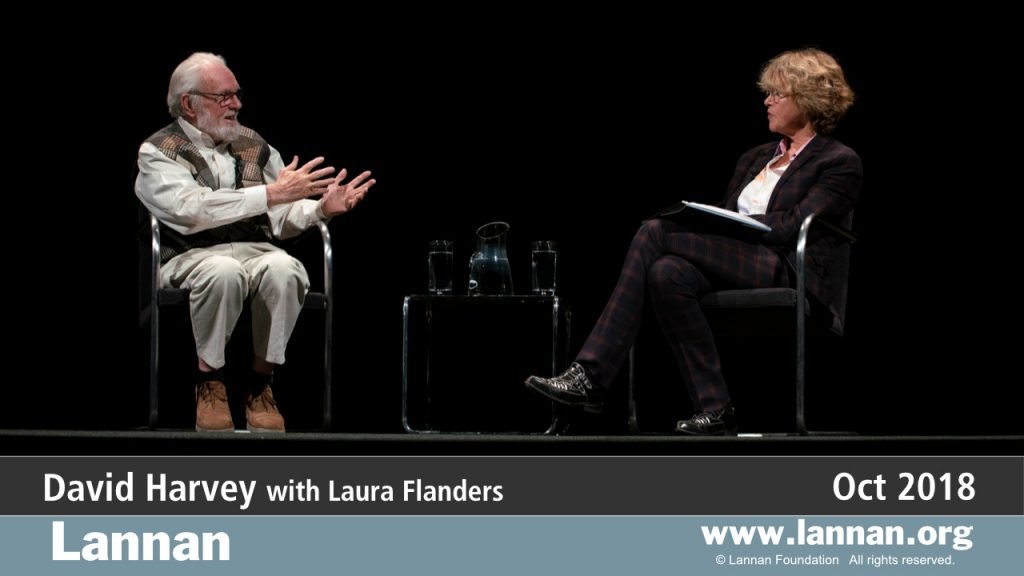 David Harvey, a Distinguished Professor of Anthropology and Geography at the Graduate Center of the City University of New York, has taught Karl Marx’s Capital and its contemporary application to students and members of the public for 40 years. “Once you can hang a price tag on something,” he argues, “you can in principle put a price tag on anything, including conscience and honor, to say nothing of body parts and children.

His most recent book is Marx, Capital, and the Madness of Economic Reason (2017), and his A Brief History of Neoliberalism (2005) is considered a primer on that critical topic across academic fields. He is the author of 27 other books. Harvey is responsible for transforming urban geography into a cutting-edge field that attracts leading scholars who ask big questions and study interconnected systems of power. Having received his PhD from the University of Cambridge, he is a fellow in the British Academy and a member of the American Academy of Arts and Sciences.