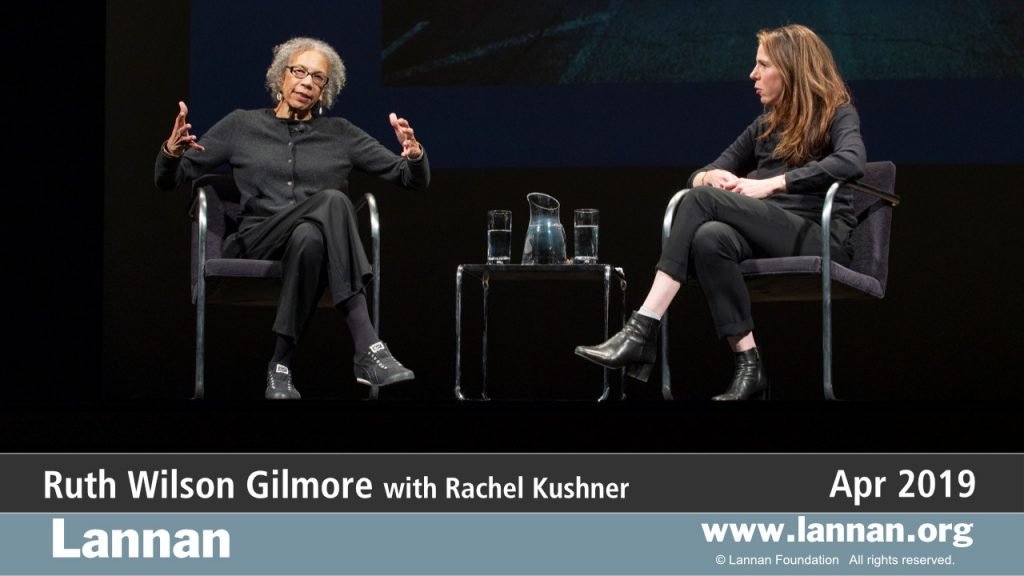 Ruth Wilson Gilmore is director of the Center for Place, Culture, and Politics and a professor of geography at the City University of New York. She is most famous for arguing that the movement for abolition, with its proud history of challenging slavery, should be applied today to the abolition of prisons. In an era when 2.3 million people are behind bars in the United States, she challenges us to think about whether it is ever necessary or productive to lock people in cages.

She warns of the “nightmare made palatable by the terrifying numbers of prisoners and prisons produced by the last generation, while we were all, presumably, awake.” But her hope lies in the fact that “just as real was the growing grassroots activism against the expanded use of criminalization and cages as a catchall solution to social problems. In order to realize their dreams of justice in individual cases, the [freedom] riders decided, through struggle, debate, failure, and renewal, that they must seek general freedom for all from a system in which punishment has become as industrialized as making cars, clothes, or missiles, or growing cotton.”

Gilmore wrote Golden Gulag: Prisons, Surplus, Crisis, and Opposition in Globalizing California (2007) and contributed to The Revolution Will Not Be Funded: Beyond the Non-Profit Industrial Complex (2007). The American Sociological Society honored Gilmore with its Angela Davis Award for Public Scholarship in 2012. A tireless activist, she has cofounded many social justice organizations, including the California Prison Moratorium Project, Critical Resistance, and the Central California Environmental Justice Network.