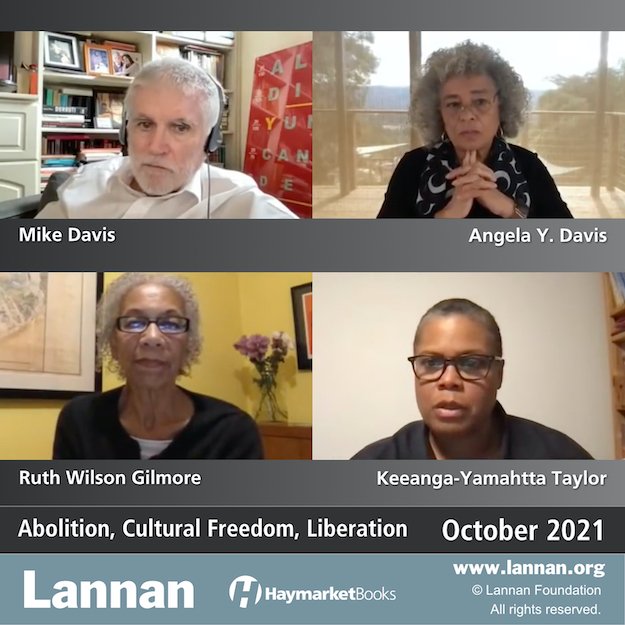 The 2020 Lannan Cultural Freedom Prize was awarded to Angela Y. Davis for her lifetime achievements as a public intellectual advocating for racial, gender, and economic justice; to Mike Davis for his life’s work as a public intellectual who encourages critical analysis of society in the service of constructing an alternative, post-capitalist future in both theory and practice; and Ruth Wilson Gilmore for a lifetime of achievement as a public intellectual working toward the decarceration of California, the United States, and the world. Join all three, along with acclaimed author Keeanga-Yamahtta Taylor, for an urgent conversation on abolition, cultural freedom, and liberation.

This was a Readings and Conversations event. This event was in partnership with Haymarket Books.